Posted by Ryan Moore on August 11, 2016
Little is still known about the upcoming LG V20.  We know it's going to come with Android 7.0 Nougat out of the box and is coming to Canada (YESS!!!) ... and there's been some rumours as to design etc... but it's still for the most part a bit of a mystery machine.

Well, today LG has released a statement that it will be coming with a Quad DAC.  What's that?  Well, I know what a DAC is, only because I've worked in consumer electronics in my past.  Essentially a "Digital to Analog Converter" is a chip that changes the ones and zeros of digital media to a true audio wave (i.e. it smooths out the sine wave from blocky steps to a more natural looking curve, leading to better 'real sound').

But what is a "Quad DAC", my guess is that it's just doing that conversion 4 times, and as they claim, it will reduce the 'ambient noise levels' (it does have to interpret on its own between the 'steps' so more passes should help sure the smoothest curve in between).

The end result is that using your headphones with the V20 should result in a really nice quality sound (as they say "with compatible headphones). 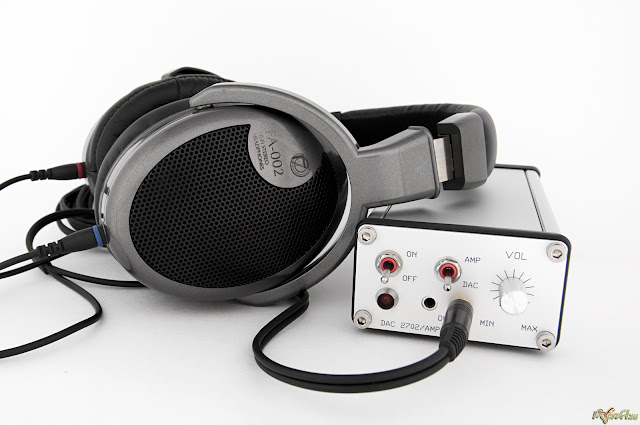 While what constitutes compatible headphones needs to be explained, I did like the line they included about how people are no longer chasing the latest and higher counts in specs, they are looking for relevant features to improve their experience.

TORONTO, Aug. 11, 2016 — LG Electronics (LG) announced that its forthcoming flagship smartphone, the LG V20, will be the first smartphone in the industry to feature 32-bit Hi-Fi Quad DAC (digital to analog converter) capabilities, bringing a superior audio experience to mobile for the very first time.

A Quad DAC delivers a crisp and clear sound that comes closest to a live performance when using compatible wired headphones. The sound is superior to that produced by a traditional DAC as it can reduce up to 50 per cent of ambient noise levels. Videos taken with the V20 are accompanied by a soundtrack that can capture the roaring sound of waves crashing on a beach or conversations among two individuals at a noisy party.

LG worked closely with ESS Technology, a leader in high-performance analog and audio devices, to ensure that the Quad DAC delivers the best audio experience for owners of the LG V20. The Quad DAC is the lynchpin of the many cutting-edge multimedia features included in the LG V20. ESS Technology previously provided its 32-bit Hi-Fi DAC in the V10, LG V20’s predecessor.

“As smartphones mature, we’re seeing more and more customers looking beyond just fast processors and big displays in their devices,” said Juno Cho, president of LG Electronics and Mobile Communications Company. “Higher quality audio is simply the natural evolution of the smartphone, as the industry moves toward a more holistic multimedia consumption experience. We’re pleased to continue this long-term partnership with ESS and bring best in class audio to LG V20 users.”

“We are extremely excited that our Quad DAC technology will be featured in the V20, LG’s latest flagship smartphone for consumers who demand the best media experience,” said Robert Blair, president and chief executive officer of ESS Technology. “As a technology more typically available in high-end audio equipment, Quad DAC on the V20 will make users feel as if they are carrying around a professional home-audio system on their smartphone.”
DAC Headphones LG V20