Posted by Ryan Moore on August 21, 2016
Lately it's all been about the sound... or so it feels.  Having good music in the background or on your ears is very important.  It was kind of funny actually trying to explain to a coworker what exactly Bluetooth means for headphones.

I think these new ones from Axum will just blow her mind.

AxumGear comes in part from the folks that brought us MicFlip cables, which I love so much, and they launched the company with a set of earphones on IndieGoGo and hit their $15,000 goal in 12 minutes.  Currently sitting at $60k in backing, the project is not just your ordinary set of wireless headphones. 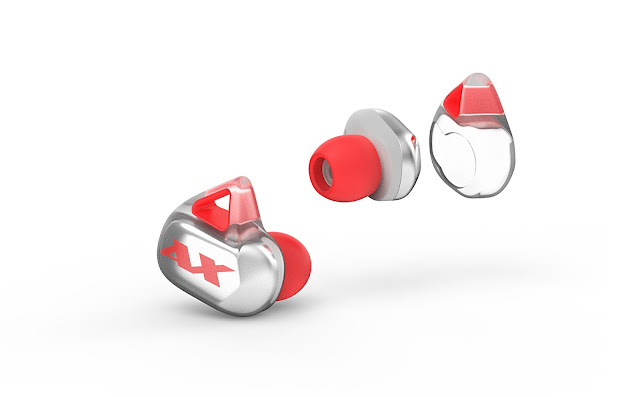 These are just little earbuds, similar to the Moto Hint (if you remember those) where it's literally just a simple earpiece that goes in your ear, and then it's made specifically for some rugged wear as it's advertised for "sports" by having good resiliency as well as a special 'hook' to stay in, no matter what you do 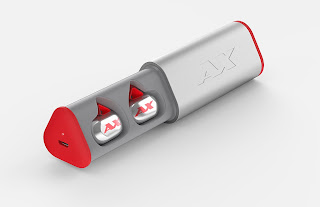 Personally, I find those inner ear hooks to not work so well, so I'll be interested in trying them out.  I've always been an 'over the ear' kind of guy, but what really has me excited about this set is that they charge via magnetic induction while in their little case.  That makes it super easy to charge.  Most sets I've had, I've had to fiddle with a teeny tiny flip to open and hold it open while I try to coax a cable into it.

This just looks like you plug in the box, and then slip the pods into their spaces ... bam.  Wireless audio and wireless charging.

Now, the tech involved in having 2 wireless sets isn't cheap.  Right now the early bird is $169USD for a pair and they're not shipping until May 2017.  That's like a fair amount of money to drop for along wait time.  But it looks like enough have already believed in itand are willing to wait.