Terraria updates with fishing and more 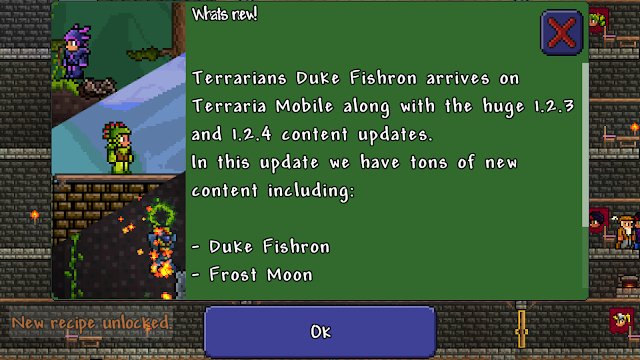 Terraria just keeps rolling the updates; the latest includes several features found on the desktop which include:


So I just gave the fishing a try... never know what you can catch.

In the video I just caught some boots.

Interesting that when I first went to a fishing body of water there was a new NPC waiting there with what I took as potentially something to do later (catch a zombie fish or something).

Previous to the video I had caught a crate and if you opened it there was some silver.

That was another thing that started working again.  Previous to this update if I ever got a present nothing would appear. Now it's working as it should!

I haven't tested any of the other features as of yet, but when I do I'll make some videos 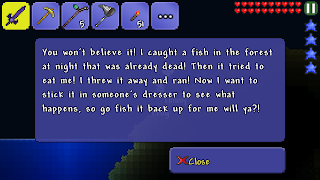 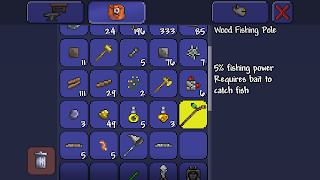