This is something different and interesting, since everyone is different, I thought this might catch the eye of the journalist, the diary geared user on Android. I'm sure there's multiple other applications for the Mic Lav from .

My goal was to use it in a live "" broadcast and this is exactly what I wanted. I've been testing it out for the past few weeks and this was one of the . How would it fair when on air.

I'm not going to compare it to the likes of professional 300$ microphones as this isn't what it's for. It's really made to connect to a mobile device and record or broadcast live.

I did like the idea of being able to connect multiple microphones within each other in the event that you have more than one participant. The quality of the sound varied quite a bit depending on what I was doing.

Initially I wanted to record a review of a product I'd be doing, this ended up being pretty good and the quality was amazing, I didn't have no real use to make any edits. Where I started to not be sure of the quality was went attempting to do a piece outside with other people around and some noise. There was much for noise cancellation so the mice did pick up a lot of the surroundings, which I was expecting. 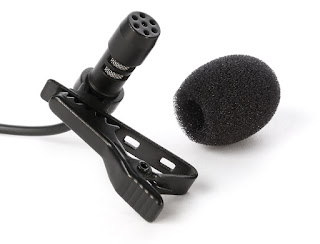 Next up was to bring this into a controlled environment and say go live with people. It did a good job for the most part. I did get notified a few times that people could hear a humming, at this point the humming hasn't been reproduced in a none live event. It could have been just during the live hangout session. Which again, this is entirely possible.

All the different test I did and the type of recordings came out descent for a review, a podcaster, a recorded event and even live broadcasting. The price point is very descent for $69.99 CAD. I personally wouldn't be using this as a daily microphone, but it has some serious bang for people that want to have a free review, do a podcast, record a live diary who knows!