Hunt for New Apps with AppHunt 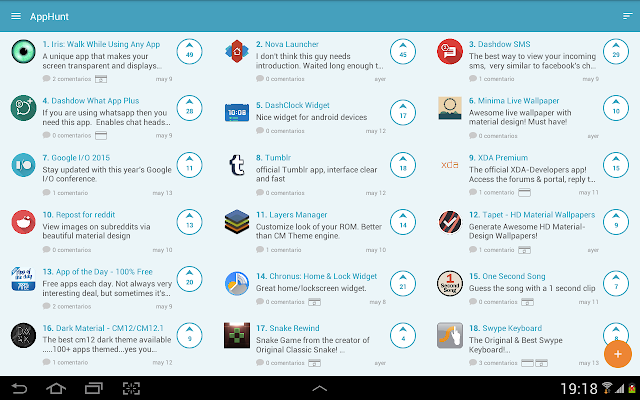 If you're anything like myself, you may find yourself always seeking new app to try out on your Android phone. Well, a developer released a cool app cleverly called AppHunt to help you discover new apps - and it is really nice.

AppHunt allows users who sign in via Google+ to submit apps that they'd like to suggest to others. Any app a user suggests has to be installed on their device, showing they've used it.

Once submitted, the app is then voted on. The more votes, the better the chance to hit the front page. It works much like Reddit.

Users can also comment on each suggested app, providing their own input whether they like or dislike the app. Each comment can be voted up or down.

I've already discovered a couple of apps I had not yet heard of. Give this a shot!