Why The Pebble Smartwatch Is Still A Great Option 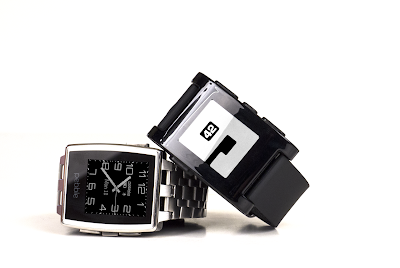 These days, when someone speaks of a smartwatch, people are referring to the Apple Watch, or if they're a little more knowledgeable, Android Wear. Clearly, these are the top two choices in the smartwatch market, and the choice between the two is clearly based on what phone you have - iPhone or Android.

What if you own an iPhone though, and don't have a minimum of roughly $500 CDJ to get an Apple Watch? What if you don't even want to spend $200-$450 CDN on one of the many Android Wear available?

Well, you're in luck.

Pebble's most basic smartwatch available, is just $99 CDN at most retailers, and the Pebble Steel is around $150 CDN.

Currently, I own both.

I get razzed a little by the other editors here at Android Coliseum. It's an Android Wear or nothing attitude. I'm going to tell you why it's not just the cost of the Pebble I prefer, but the actual practicality of the device itself.


Although original Pebble is not a stylish piece to compliment your attire, it still has its place in certain scenarios.

Because the Pebble is waterproof, you can keep this on your wrist while you swim, do dishes, or shower. The stock strap is also a silicone style, so the water doesn't soak in.

The Pebble Steel is certainly better in regards to looks and I feel no shame wearing mine in the office. It too is waterproof, and also uses Gorilla Glass for protection.

The screen on these are . This is not to be mistaken for e-ink technology. If you compared the Pebble screen to that of a Kobo Reader, you'd see a huge difference in the refresh rate and how the Pebble can actually handle smooth animations. This screen is also perfectly viewable in direct sunlight, and with a shake, the backlight comes on for night viewing. Battery life is also increased when using this type of screen.

Speaking of the battery, that's another place the Pebble shines. Both my Pebble and Pebble Steel last me about 5 or 6 days between charges. To me, that certainly beats having to charge nightly, or just worrying if the device will die before the end of your day.


On my Android phone, I can respond to texts with presets I create within the Pebble app. This not only works for SMS, but for BBM, Telegram, Hangouts, WhatsApp, and more.

If I get a text, calendar notification, or other on my wrist, I can either clear it from my watch and phone, or open the app. Both are very handy.

Watch faces, although not in color (Pebble Time does though), are plentiful, fun, and useful. There are many ways to make your own watch faces too without having to know any coding.

The apps for Pebble are great too. As an Evernote user, I can access notes on my wrist straight from my phone. I can also checklists from Evernote and check off the list one item at a time.

As said earlier, Pebble work for both Android and iPhone. I've even seen people say they've managed to get the Pebble to work with their BlackBerry.

The Future of Pebble 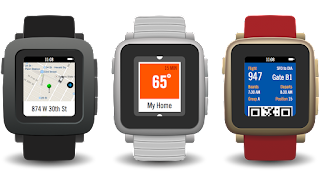 Soon to be released are the Pebble Time and Pebble Time Steel. Both have a new look which I feel are worse in appearance to that of the Pebble Steel. However, the upper screen now supports color. There is also a microphone on the Time watches, and as such, voice search and notes will be supported. 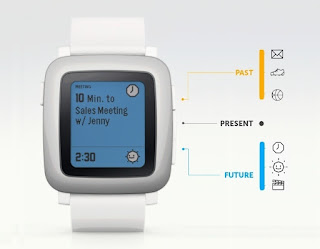 My two Pebble won't be ignored. is coming out with 3.0 of their operating system which includes their new Timeline. This version is said to be fully compatible with the originals. I'm pretty excited to see the OTA come my way.