Posted by Ryan Moore on April 10, 2014
Well, it's no surprise to anybody who's been following me that I've started to become a little bit of an LG fan... back when I first reviewed the Optimus G, I knew that they had turned a corner and were down the path of something good.  2 great Nexus phones followed, and in the same neck of the woods as Samsung, they have kept up a pretty good pace for some neat innovations in their devices and accessories. 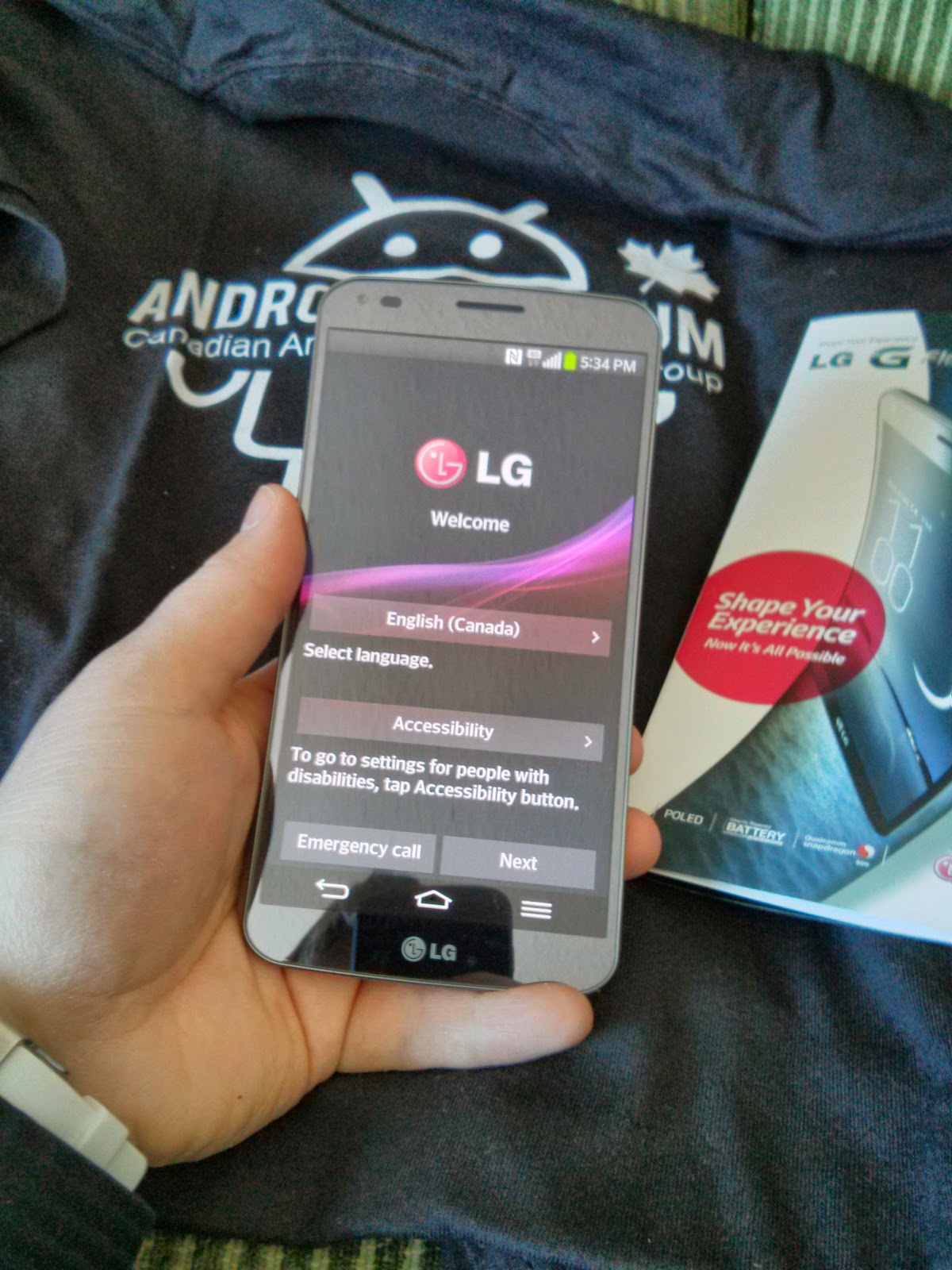 When Samsung announced their Galaxy Curve, the first flexible OLED device, LG announced the G Flex.  The G Flex actually made it to market, and is now available in Canada on Rogers for $650 outright (or $200 on contract).


So... flexible OLED.  What does that mean?  It means the LED display screen is actually flexible.  It can bend.  To show this off they've put the screen into a curved device.  So what does that mean?  Well, for those brave enough, it means you could put it face down on a table and just press down on the back and the whole thing will 'flex'.  The Gorilla Glass 2 has some give to it as well as the plastic surroundings to allow it to accommodate this abuse.  There've been plenty of videos out there subjecting it to all kinds of torture tests, and I don't feel brave enough to replicate them.

But the innovation on this device didn't stop there.  The back of the device also is made of a material that is 'self healing'.   That being said, the plastic they're using feels like it has some sort of static cling like film on it as it tends to attract a lot of dust... I kept feeling it to see if it had that film over it like new displays.

You can check out their video here:

Absolutely cool stuff.  Although, I do have to say, that if you are going to test it for it's flexing, please don't over do it.  A) LG issued a statement that over flexing can cause the display to buckle, B) I'm not sure the rest of the plastic is meant to withstand it.  As it is I've noticed some of the edging look as though it's come away from the display.  The backing where it attaches to the front is a little sharp at times too. 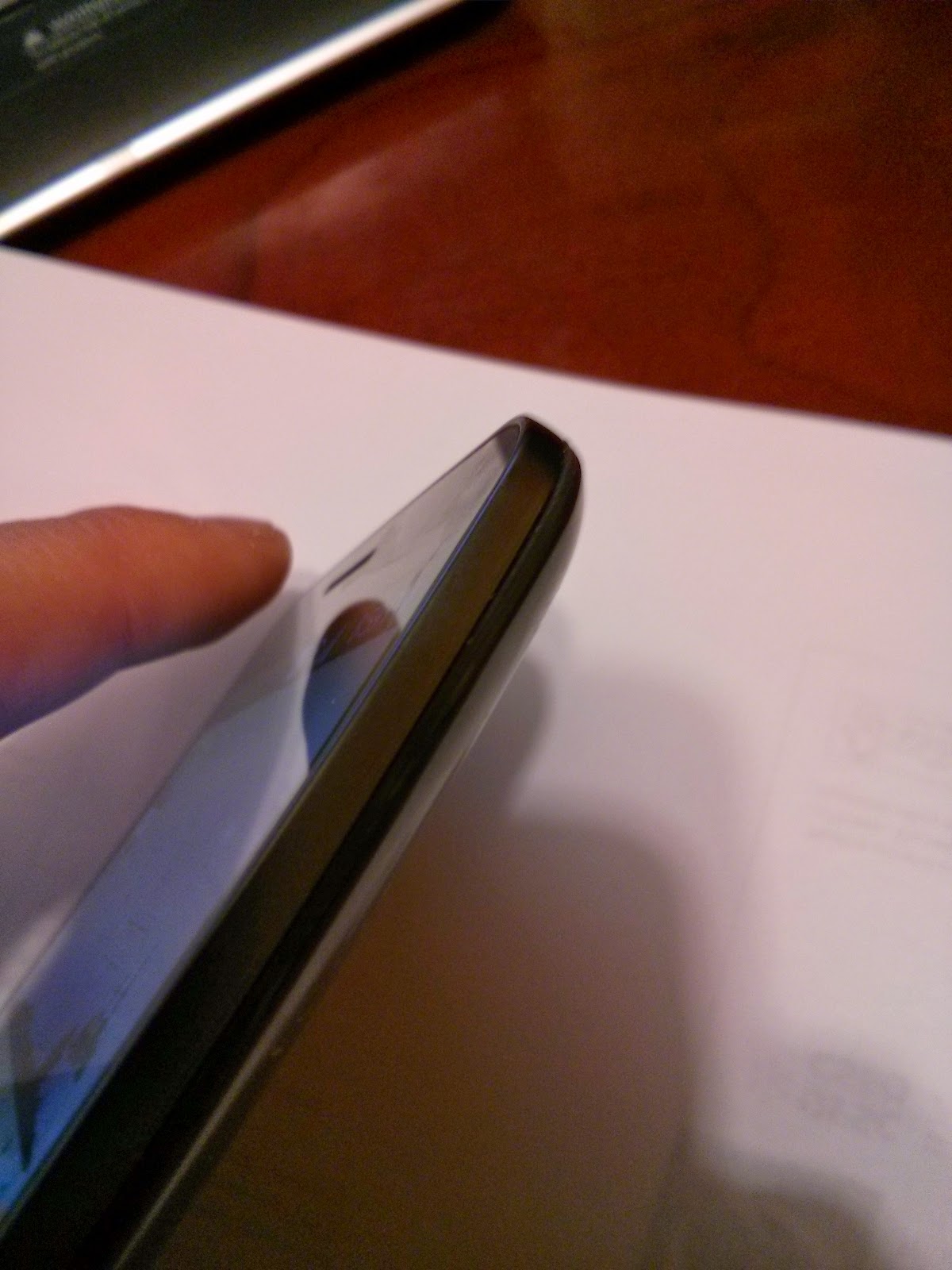 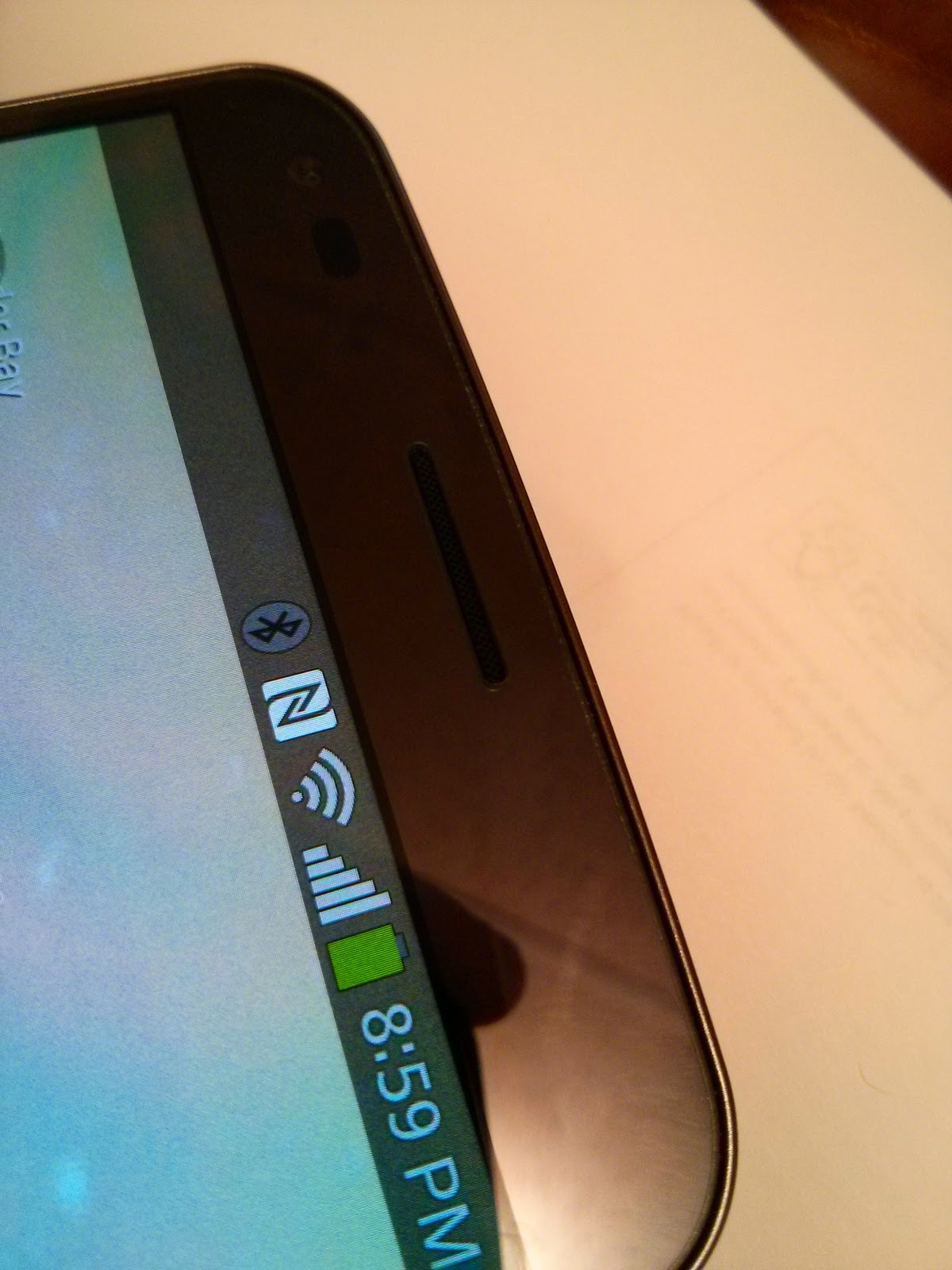 to me it looks like there's some plastic separation, like the gap is just a tad too big

So what else does it have?  Well essentially it's the G2 just with the display and back differences.  Here's the specs: 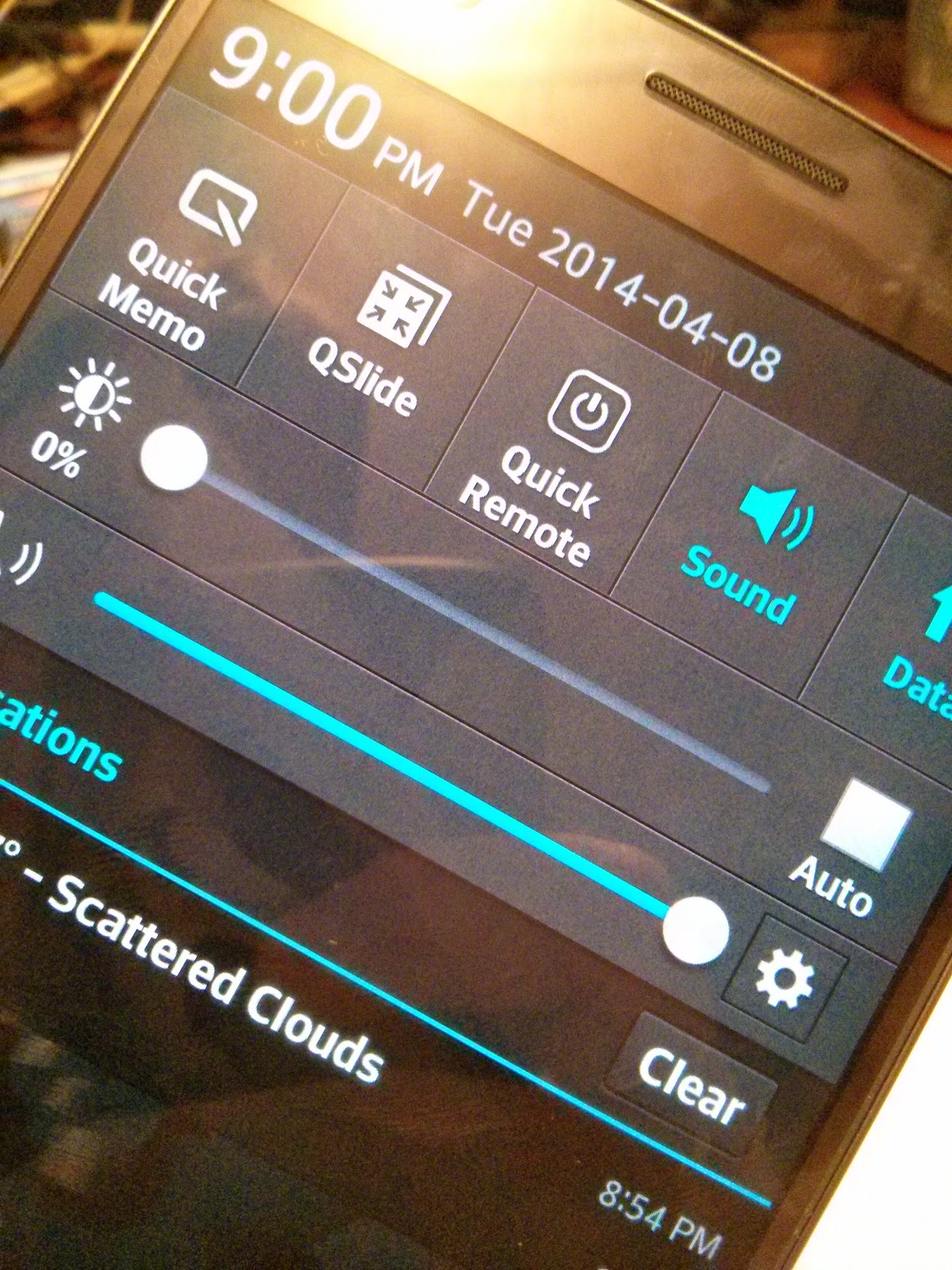 Where it's also notably not perfect is in the actual pixels themself.  You'll see that it has a sort of 'mottled' look to it, as tho' it was a photo with a 'noisy CCD'.  Blacks are black, and whites are white, however anything in between is lacklustre.  That being said, I've put it in the hands of a few folks who know their phones and they didn't notice it.  I did, and it's all I can see now.

Also, there was the faint 'echo' in the display when you went from something very bright (like white text) to a darker shade of grey that there would be a 'ghost image' ... it lasted for a second or so.  Again, I noticed this on my Nexus 4, nothing horrible, and most would overlook it, but to a guy like me I kept seeing it.

Would it stop me from buying it... it's close.

Scrolling through webpages on the device does have a 'bowing' kind of visual trick / illusion to it, but you quickly stop noticing it after a while.

Camera
You'll also notice the camera is missing the image stabilization that the G2 had... that was noticeable as I really liked it in the G2.  That said, there's not a lot of difference to be seen.  [Apparently the minus gallery embed is having issues, visit the sample photos here:  http://ryanmmoore.minus.com/mHpeOug8I72ra]


Software
Everything inside the device is similar to the G2, so I'll let you go back to my G2 review to see all the LG features (like the TV remote, Quick Translate, QSlide, Q Pair...). 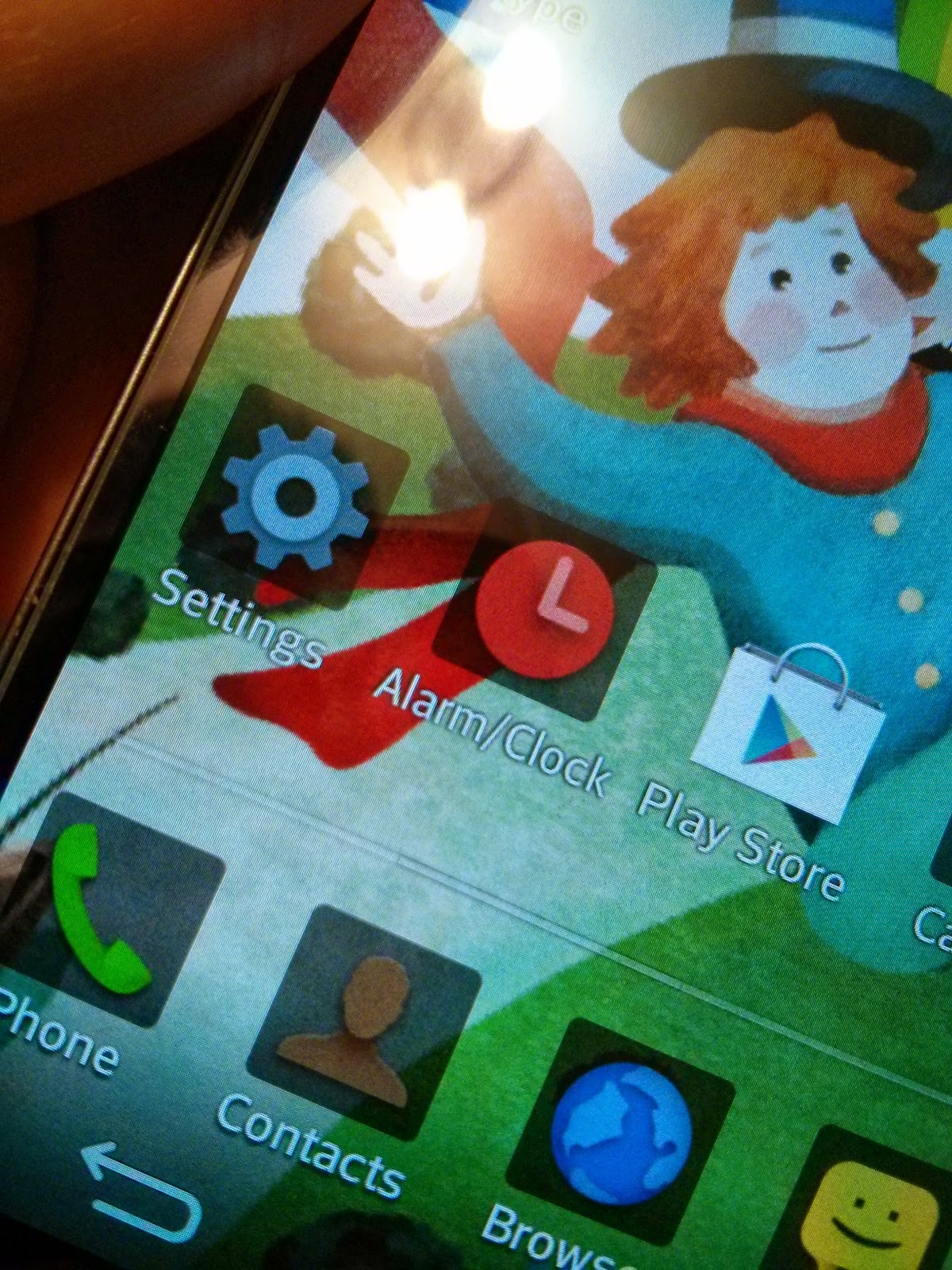 However, there are a couple of differences.  One:  the UI is now very ... cartoony.  Comic looking icons that I'm not sure I like or find too 'kitsch'.

There's even an 'easy mode', for those not so advanced users (similar to the easy mode in some Samsung devices).

Otherwise, I'm okay with the LG UI, it's not overly bloated, and some things you'll find are useful.  Like the split screen, or a way to set the screen capture to capture only the screen without the system tray and navigation bar (you can set what you want to crop away)

Like the Note 3 there is also a 'one handed operation' mode.

Overall
It fits my pocket, and the curve naturally lets it nestle in to my leg so as not to be uncomfortable.  The biggest win on this device comes down to the battery.  It lasts and lasts and lasts.  Really. 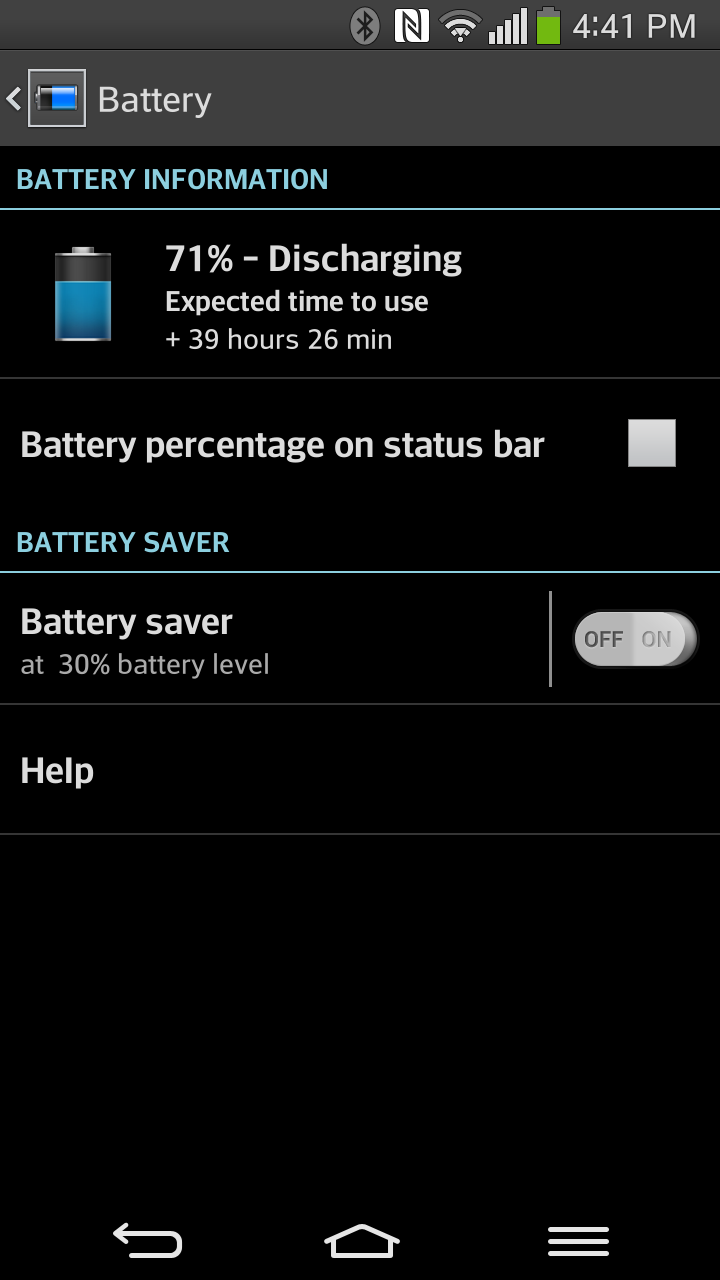 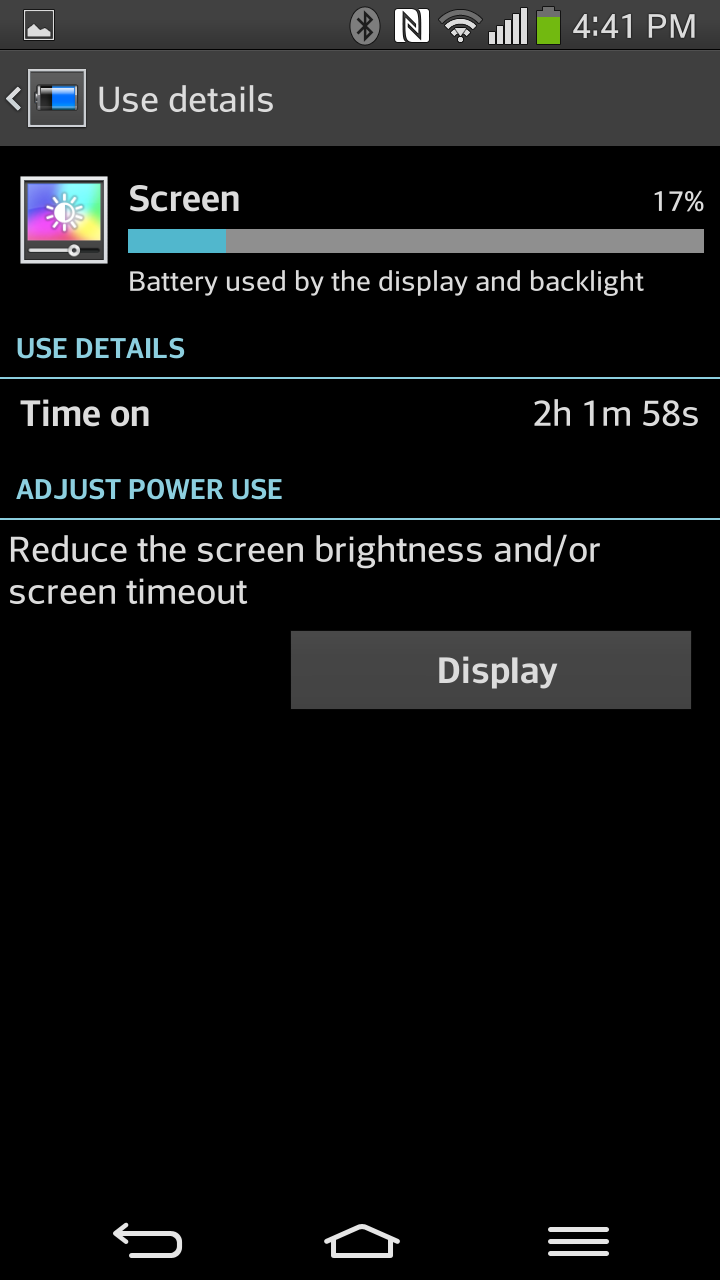 4.2.2 ... sure it's an older OS, but you won't notice that at all, plus with the G2 having just got Kit Kat, I can't see how this would be much different - so it should get it pretty soon (just a hunch).  With the G2, one of the 4.4 improvements was battery... so I can't wait to see how this one would fare with a battery improvement as well.

The buttons on the back are just a bit lower than where I'd expect them to be (funny, yeah, as a bigger device I think they'd be higher).  The nubs to help find up and down are a little confusing at first and I kept putting my finger on the camera lens.

But this device PERFORMS.  Not once did it stutter or lag... it's got a great processor and plenty of RAM to keep you using it without any issue.

My biggest issue would be the price.  It's $650 outright at Rogers currently... doesn't put it that far away from the Note 3 or other flagship devices, yet it's a whopping $200 on contract, whereas the G2 and S4 are definitely quite lower. It's not necessary, but I wish it had wireless charging.

But don't let that stop you.  We here at +Android Coliseum are big proponents of the 'buy it outright' option.  No contract ties, usually a 10% discount for BYOD with your carrier, and more...

This is a great phone to wow your friends and wow yourself with.
flexible screen G Flex LG Review video