Posted by Ryan Moore on January 29, 2014
It's later than we wanted (we envied our American compatriots with their update a few weeks back)... but we not only got the update, but beat them to the .2 punch!

Funny, I just had a customer asking about what devices are getting the KK udpate and I was remarking how it might be a race between the HTC One and the Moto X to see who gets it first.

Congratulations Moto X users!  I checked with the devices I had at the store and none of them switched to 4.4.2.. so maybe Tbaytel is just a little slower than Rogers/Fido (it's the same phone, practically same network, just different carrier in name). 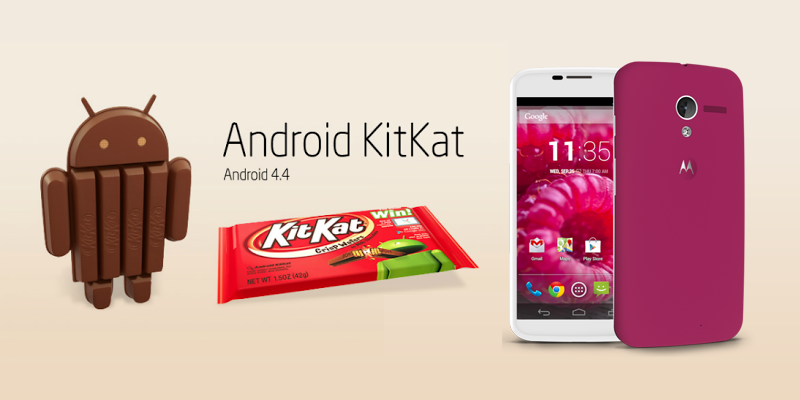 Update your device to 4.4.2 by going into the Settings menu, scroll all the way down to About Phone, then System Update.  I tried verifying it on one of our phones at my work, but they needed me to log in in order to get it (don't like 'using' boxed phones too much before being sold); but it sounds like many others are getting the update via Rogers/Fido/Tbaytel (essentially the same carrier).

For more info on which devices are getting the updates and ETAs (approximately), check out our Device Firmware Update database on the Database Page.

Just waiting on you now HTC (HTC has said that their update is now in the hands of the carriers).
Kit Kat moto x motorola