Printing on the go with LG's Pocket Photo 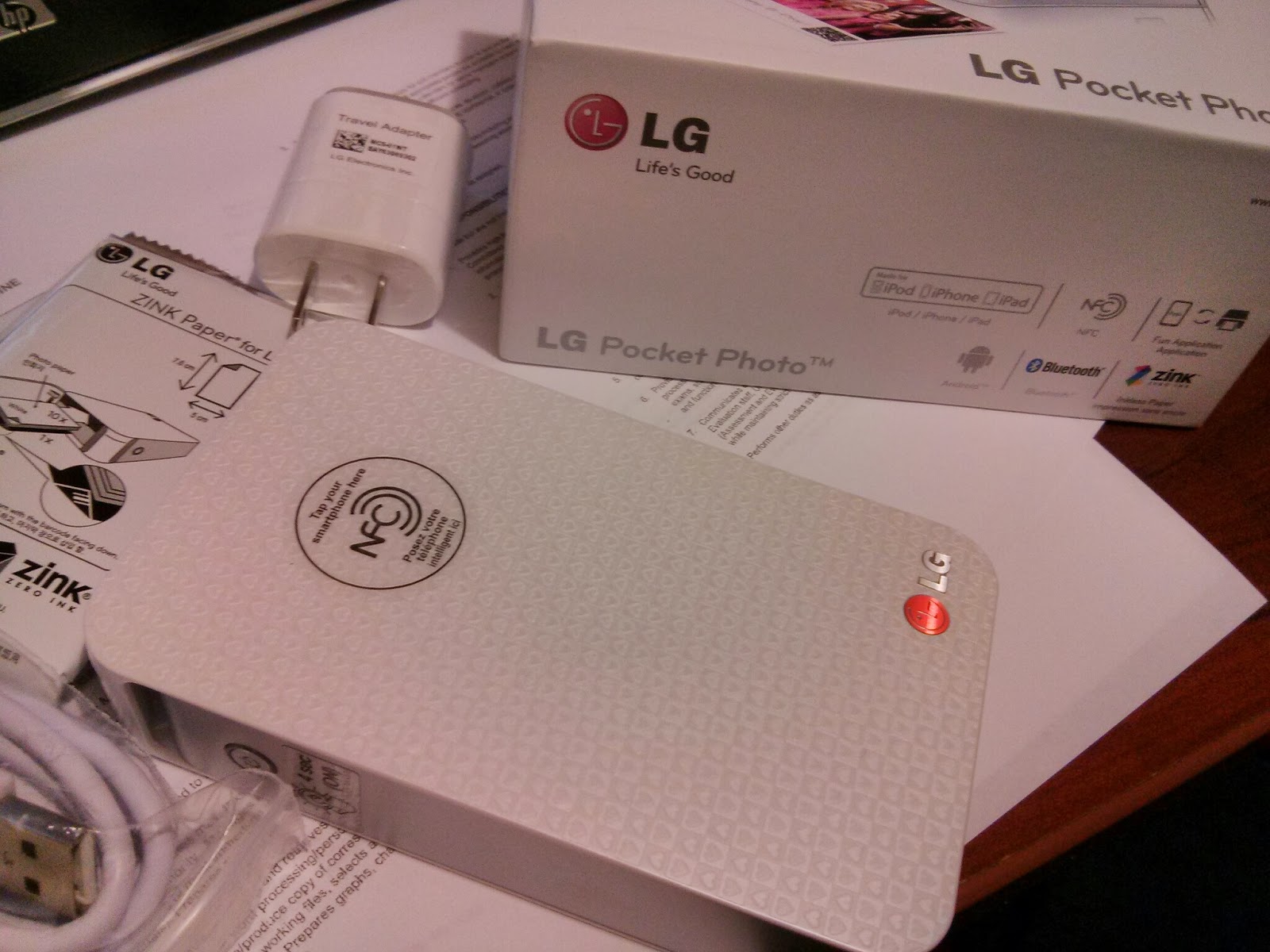 It's an interesting little device.  Take those mini photo printers they had in the early 2000's and make them portable.  And if it's portable you've got to make them wireless for your phones.  Snap... there you have the LG-PD233.  The Pocket Photo

Now, I wouldn't be putting this thing in my pocket, but still.  Being able to take something like this with you to a birthday party, a night out you know is going to be memorable.  Pretty cool.  Throw in NFC and it's a definite cool gadget to have.  At $169.99 it's not going to break the bank, but it doesn't exactly make it a 'aww, heck, why not' device.  You'll need a pretty specific use case for this. 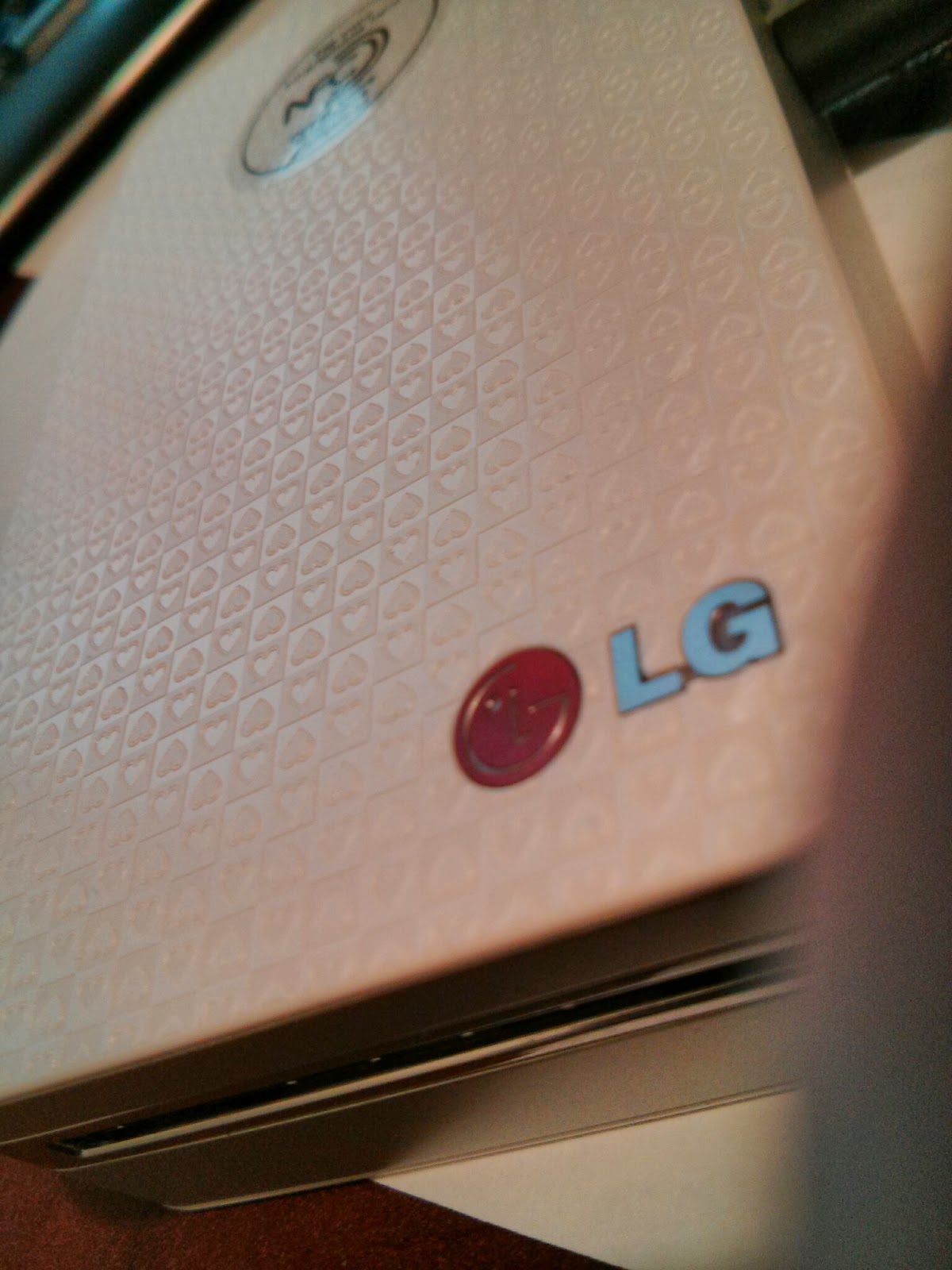 The design of the device gives you a pretty good clue as to who it's geared towards (little hearts).  It's noted as 'pocket', but I don't know anybody's pockets large enough, so has to be something like a bag... or a purse maybe.  But I don't want to stereotype.


Setting it up is pretty simple.  Charge it for an hour and a half and it should be good for 25 prints.  Tap the printer to start the app and print away.  Ca c'est facile, non?

So you would think.  A couple of things, at least from the guy who didn't read the manual.


Once you get past those, it's a snap.  Going through the LG Photo app is pretty slow, so it's probably best to choose a photo from the gallery and 'share' to the photo app so it brings it up directly.

The app is not bad it has some options to use filters, or add text/borders ... even a QR code (I guess handy if you're making these as business cards).

Coolest of all you have a button to help you find places to buy more paper.

Here's the end result:
(hard to tell from a photo of a photo... i know) 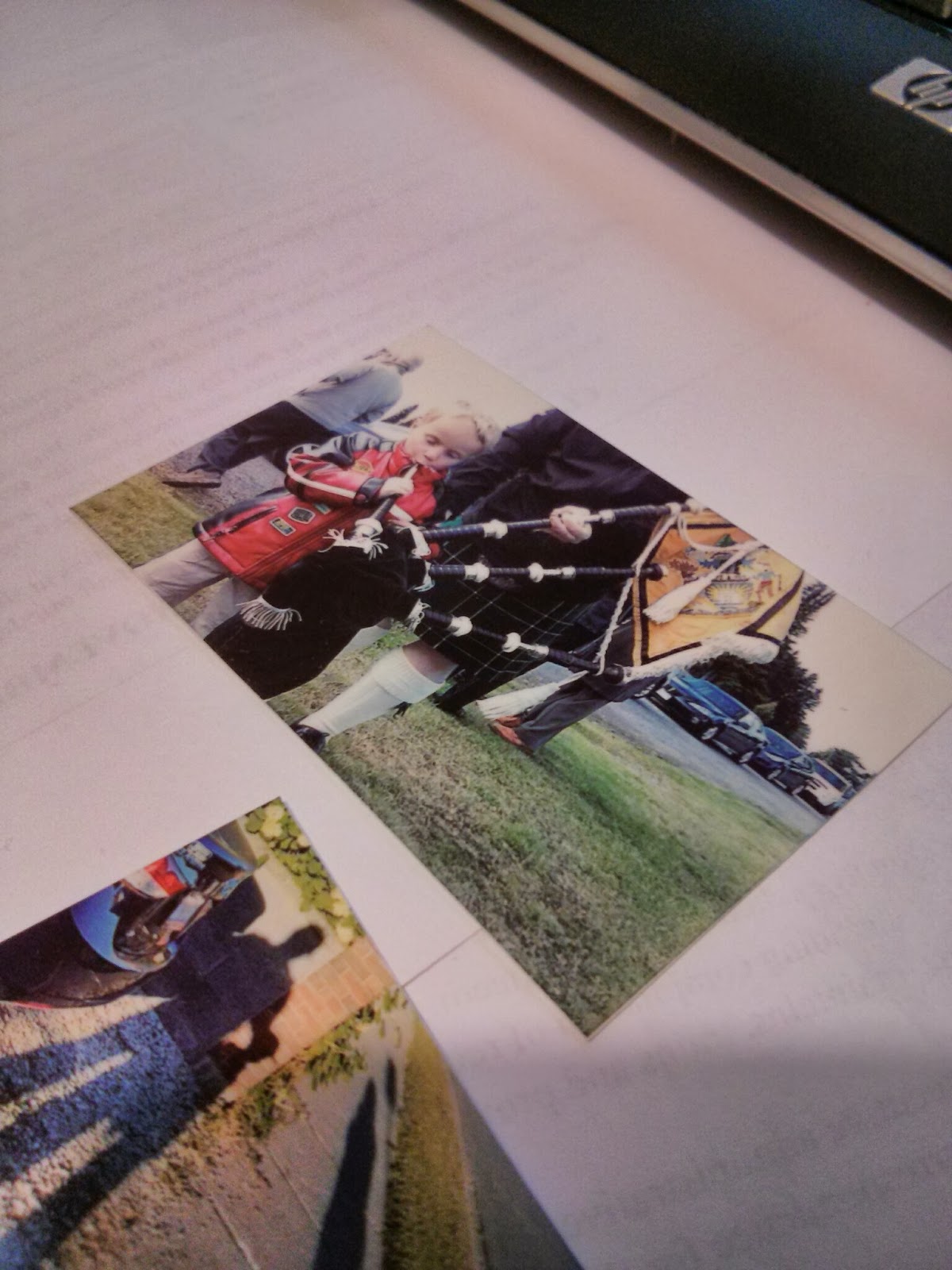 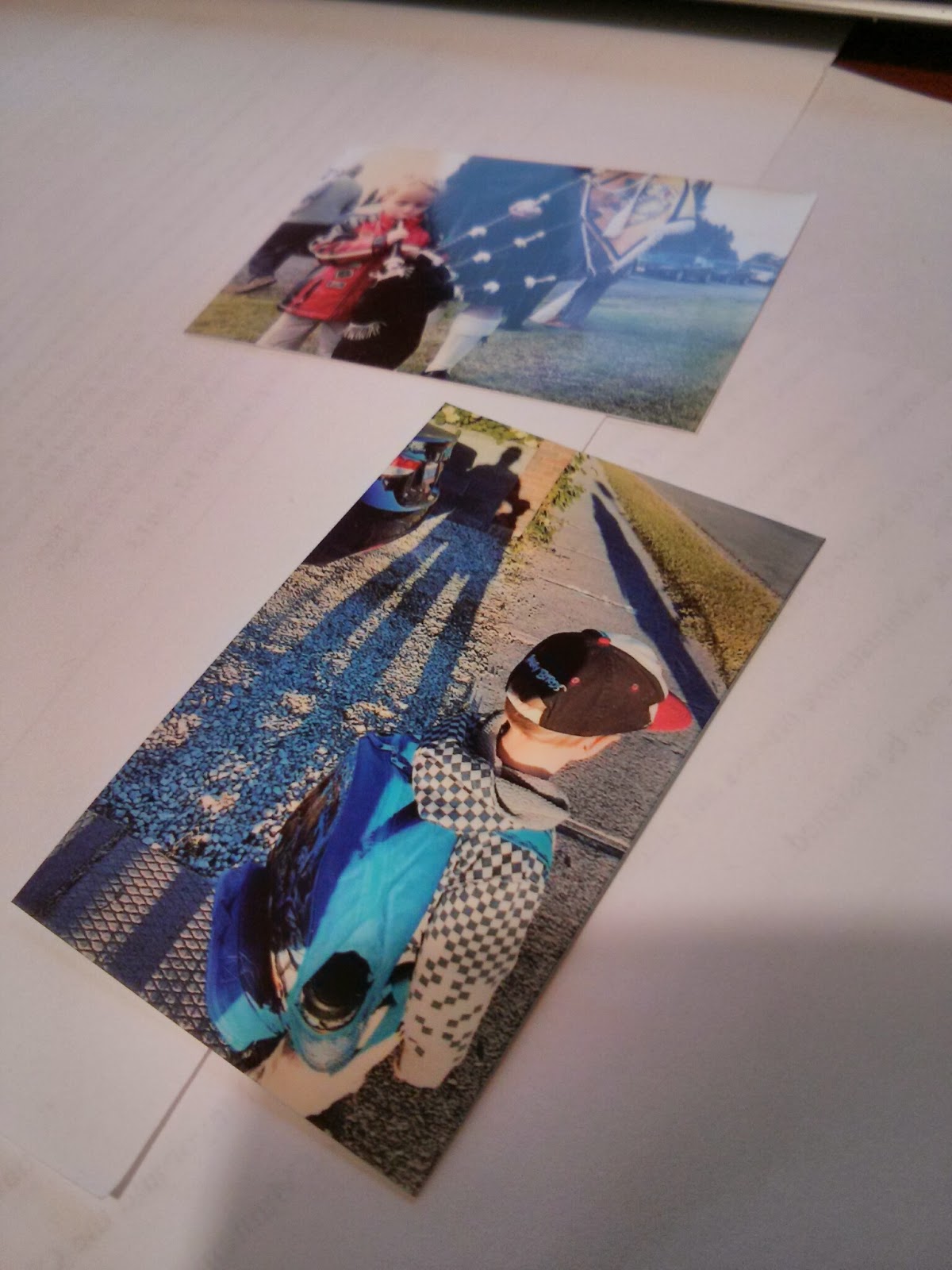 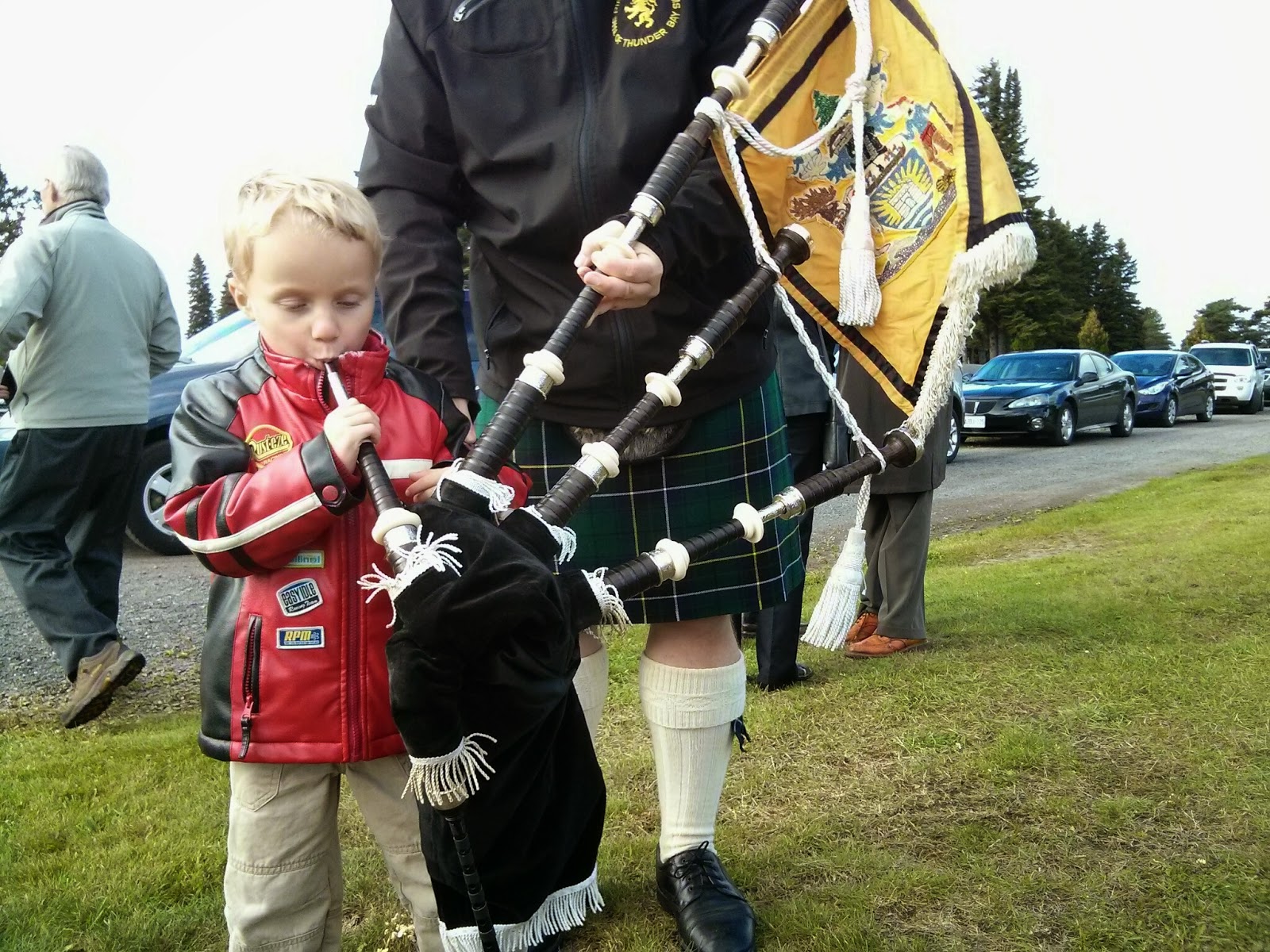 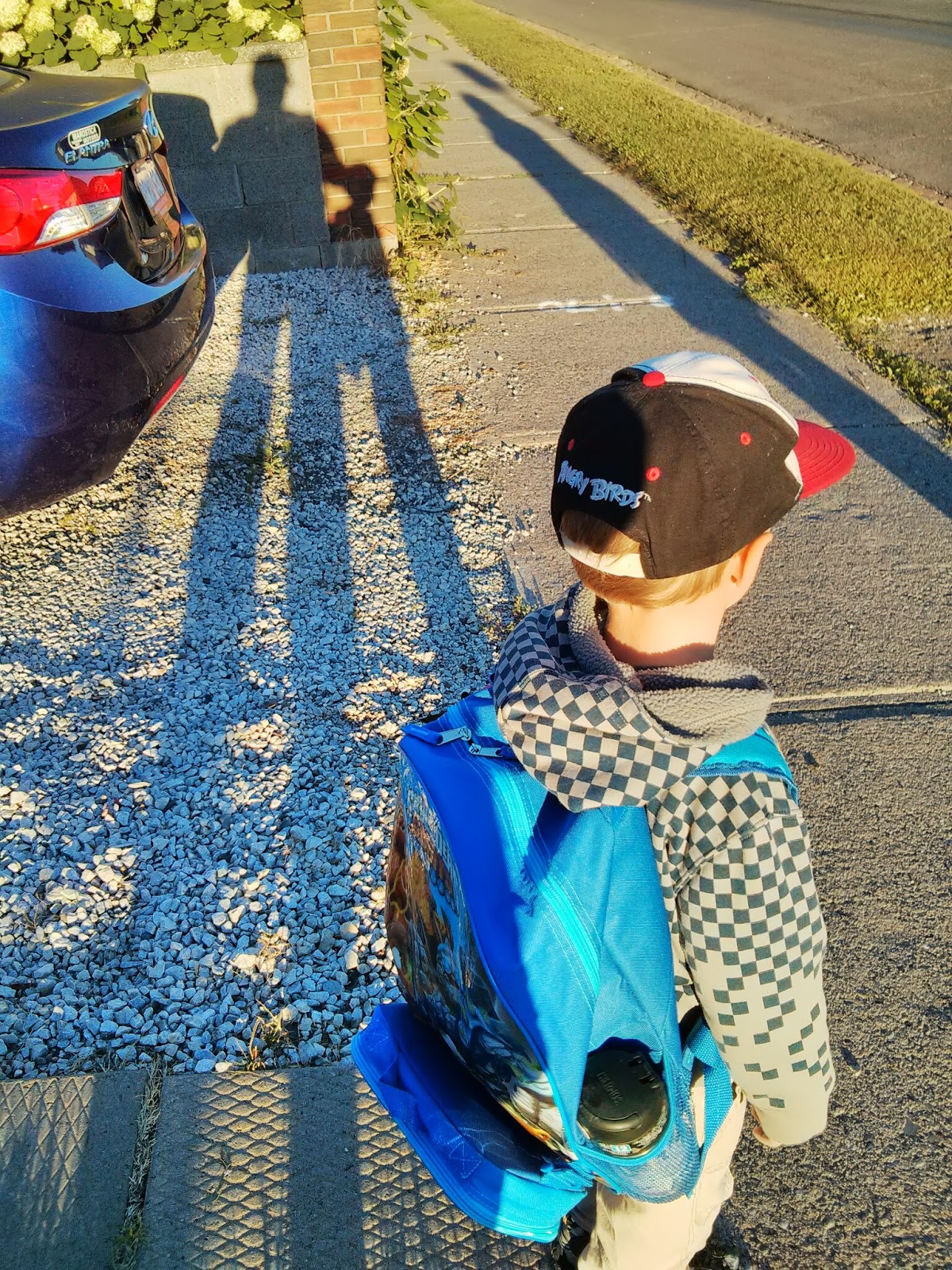 I found the photos to be of a lower quality... but what do you really expect?  It's portable, it's meant more to take those lasting moments when you want to.  I was hoping the colours to be a little more vivid.  I'm not sure if you can tell that the  blues just aren't as 'blue'.  The grass that's really green is kinda yellowish.

The quality of the paper is really nice.  It's like a nice resin or glossy feel, without that 'delicate' feel of photo paper (I don't think it'd scratch easily, so I can feel okay with putting it in my wallet or pocket).

But still, this is something that my kid would really get a kick out of.

Here's my video.  I had to take 3 tries and spliced them together to get what I wanted.  (The first take the battery died in the printer, the second take as it was spitting out the blue card, I thought it was loaded improperly so I stopped, and then the third to do it again).