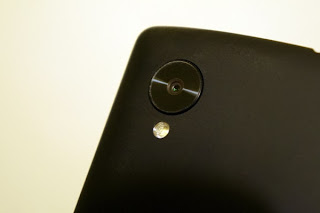 The Nexus 5 is a pretty awesome phone for its price range. However, it's not without its faults.
The most complained about aspects of Google's Nexus 5 are probably the Camera and the lack of sound quality, but that may soon change.


Google spokesperson Gina Scigliano has made the follow statement:


The core concept of the new HAL and future API is centered around burst-mode photography. The basic idea is instead of taking a single shot with a given set of parameters, you instead have the power to queue up a request to take multiple shots each with different parameter settings such as exposure gain. The camera subsystem captures a the burst of shots, which can be subsequently post-processed by the application layer

Of course this doesn't mean our Nexus 5 camera's are going to become instantly awesome, but with this said "Burst mode", at least it may make it a little more responsive and ready to snap multiple pictures when needed, amongst other things.

Naturally coming from Google, they'll leave us in the dark until the last minute before pushing an OTA that'll include these new APIs and hopefully a host of other minor fixes.
Sporting around a Nexus 5 myself, I really hope this updates comes sooner than later. I often mind myself reaching for my Moto X to compare and I'm thinking the Moto X is trumping the Nexus 5 in Camera quality at the moment.